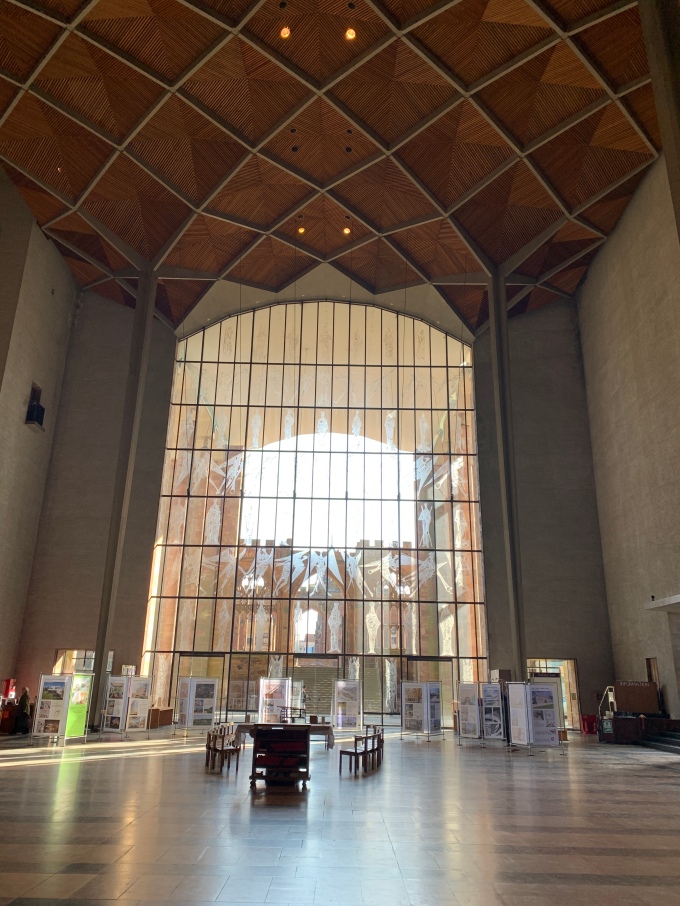 left St Michael’s Cathedral on the night. It was the time of the changing the eras: the first New Moon of the New Year and the decade was emerging, this coincided with The Orient New Year and as well as New 12 years circle start.

one of the glass windows of Cathedral was smashed; some donations were stolen…

That is how one of Coventry Angels was released and turned the act of evil into – reading it backwards – started to LIVE. The resurrection has actually happened. That’s how Coventry Angel started its travel round the City, the country, the world.

First of all The Angel did pray for these poor souls who broke the window; the money the souls needed were for the drugs… Father Forgive them, prayed Angel. Christ of Coventry, who did observe the “event”, did appreciate the emergency of the matter, did interfere into the case and did turn the souls into the strong Christian believers. These souls are going to be the monks pretty soon.

That was the first miracle of Coventry Angel’s pray that night.

Then the Angel flew over the night city… and noticed the dark windows of the flat. One lady lived there. She did come to The Cathedral from time to time. The Angel new, on that day she decided to leave Coventry forever. The man she loved was always very busy; he had no time to spend with her, sometimes he had no time to send her good morning or good night message. That how bad their relations were. The lady decided to forget “that case” and to move on with her life moving to another town. Coventry Angel could not let her go and prayed for her and her loved one. “The man she loved” couldn’t sleep that night… something was not right. “How is my lady? He thought, I haven’t sent her good night message. So he texted her Good night, then good morning, then good night again… There were no replies. The lady has changed the settings of her mobile phone so his messages didn’t come through. Coventry Angel was not a big specialist in the mobiles, just something has to be done… for some reasons ))) lady’s mobile has to be reset and the old settings were restored. The Man’s messages came through… The Lady thought: he cares. She finally replied and decided to come back to Coventry. The Man – Her Man – met her at the station with flowers. And never let her go away. Angel of Coventry smiled.

There were lots of other miracles round and about: all the “drugger” and Drug dealers were turned into believers and volunteers;

people started to smile more often; Coventry has become the fashion capital of the country, home of festivals, industries, education. All roads lead to Coventry, it’s the new era, you know.

Coventry Angel has got the new window and The New Life. 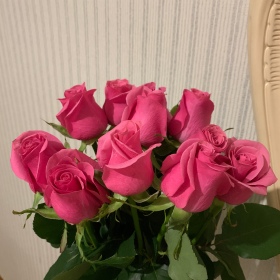 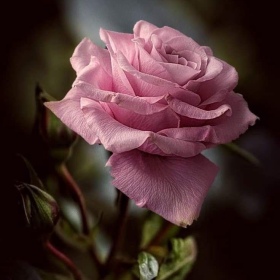